May I present to you my quilt titled
"The Tenth"


I am overwhelmed with all sorts of emotions right now, simply because I didn't think that I actually had the patience to make a quilt of this scale and intensity; but I DID IT !!!!! and you know what...
IT'S FREAKIN' AWESOME !!!! 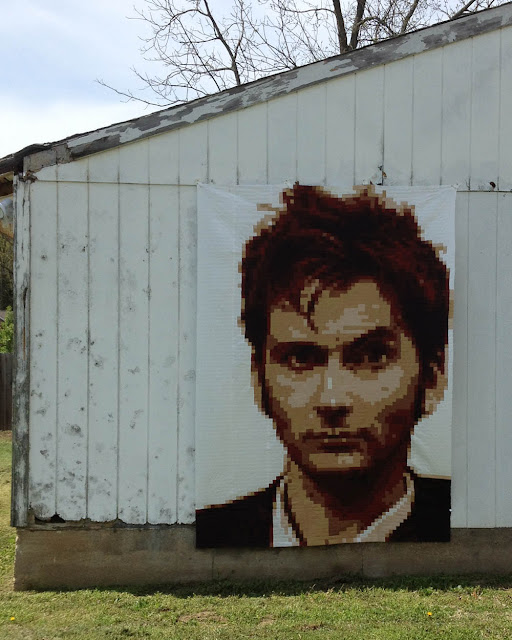 Okay, truth time, the quilt top is done, not the entire quilt; but I'm calling it finished for now.  The reality is that I don't think I have the skill set to quilt this quilt, at least not right now.  I would hate to ruin all my hard work with a wobbly attempt, so it might just stay in this form until I get the confidence to tackle it.
Now, at this point you fall into one of two camps:

For the uninitiated, this is a depiction of the Tenth Doctor, played by actor David Tennant, a fan favorite on the ever-popular BBC TV show Doctor Who; which is celebrating it's 50th anniversay this year.

Now, you might be asking yourself why I selected this particular Doctor.

While it would have been fantastic to make 3 pixel quilts (one for the 9th, 10th and 11th Doctors), there is no way that I could commit to such an undertaking...so I played favorites.  While I loved the 9th Doctor (as played by Christopher Eccleston) as his version is what hooked me in the first place; and the 11th Doctor (as played by Matt Smith) continues to keep me watching with anticipation each and every week.  Let's be honest, could you imagine a world without an 8-ft tall quilt of "The Tenth"....................I didn't think so. 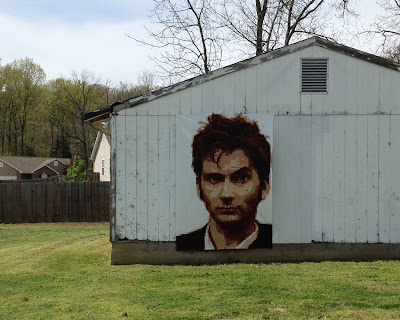 While I had my doubts throughout the entire process:
I could not be more pleased with the outcome and am so glad that I stuck with it to the very end, as the results were well worth the long hours.  Speaking of which, the other thing that I did was keep a log of the date and time it took to make each block.  I did it because I knew that I would be asked the question..."How long did that take?" and I would hate to have given an estimation since I put in so much effort...so here you go. 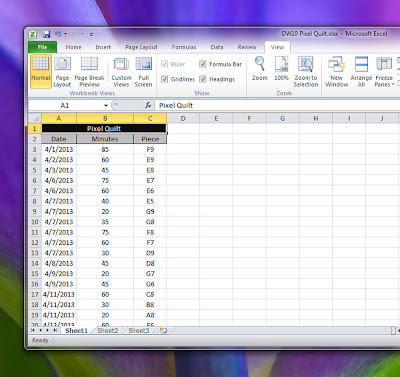 As you can see in the screenshot above, I started the first block on April 1st (happy accident) and as you'll see below... 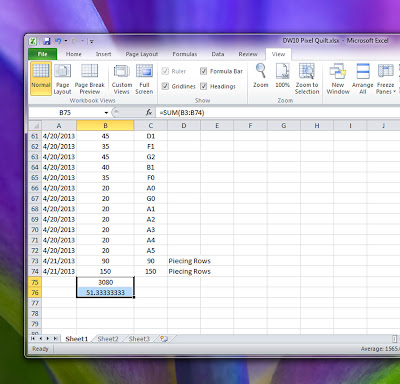 
So what's next?  As I mentioned in the beginning of my post, the next part is the actual quilting; but I'm beyond stuck and could definately use some suggestions.

Part of me wants to somehow replicate the "Fire and Ice and Rage" in stitch form, or incorporate other random "easter eggs" in the quilting (like maybe free-motion roses).  Then another part of me wants something super simple so as to not distract; yet I cringe to think about what color of thread I should use.  Can you see now why I'm calling this quilt "finished for now".

Now because I believe that you shouldn't just see the finished quilt; because what's the fun in that.  Here are some in process photos and further details. 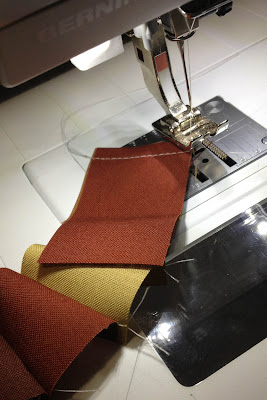 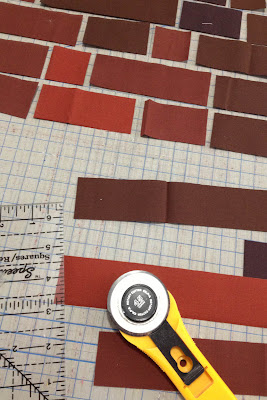 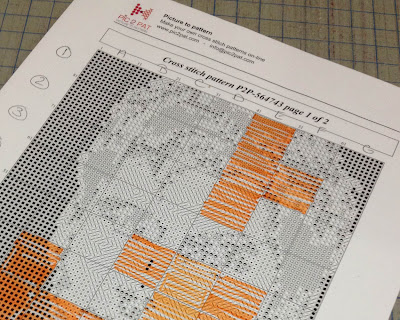 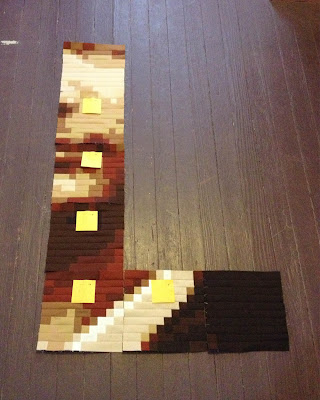 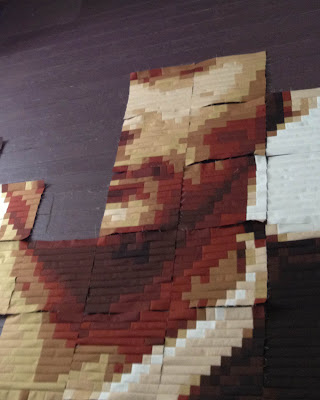 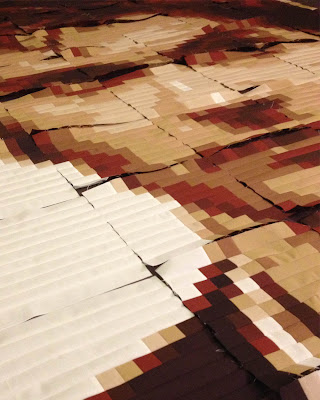 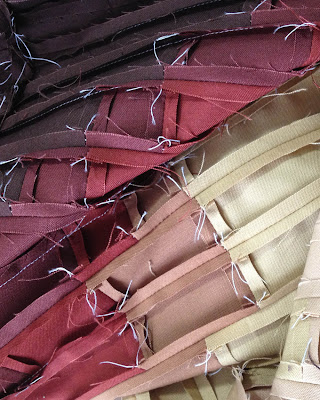 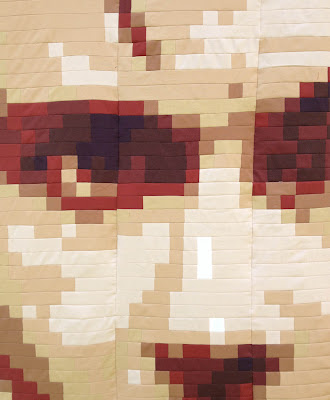 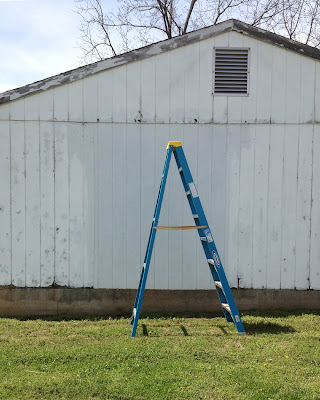 Needed to pull out the BIG ladder for photography 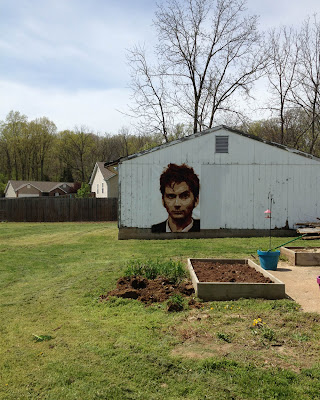 And because of course it needs saying; if anyone knows anyone at BBC,  this quilt wouldn't mind a trip across the pond to blow in the crisp English breeze, or even a photo opp with a certain blue box or two-hearted TimeLord.  Just putting it out there.

Now, back to reality as my pile of projects has grown significantly as "The Tenth" has blissfully consumed most of my freetime the last few weeks.

If you have missed either of my previous progress posts about this quilt; which give you some insight into why I started this journey, the steps I used to go from photo to fabric, you can find them here.