QuiltCon has been over for 7 days, and I am definitely missing the camaraderie and constant inspiration.

If you've been keeping up with the Instagram hashtag #quiltcon or #quiltcon2015, you can see most if not all of the quilts that appeared in the show, the ribbons, the vendors, the selfies, the food, etc.  I only posted a few photos during the convention because I was trying to take it all in...in real time, instead of from behind my camera phone.  You can check out The MQG recaps which show more photos, here and here.

I was able to catch up with several people whom I had chatted with online, emailed multiple times, or spoken with.  It is definitely a strange start to a conversation

One of the most surreal and impossible things to explain was when people would approach me wanting to take a photo, chat with me about my quilts, my blog, or my work in general. How does that happen?

The other surreal thing was seeing my Holy Sh*t Sherlock quilt pop up all over Instagram, and even appearing on TV for a few seconds too (1:17).  Hopefully you aren't sick of seeing that particular quilt just yet, as it's story is not yet finished. 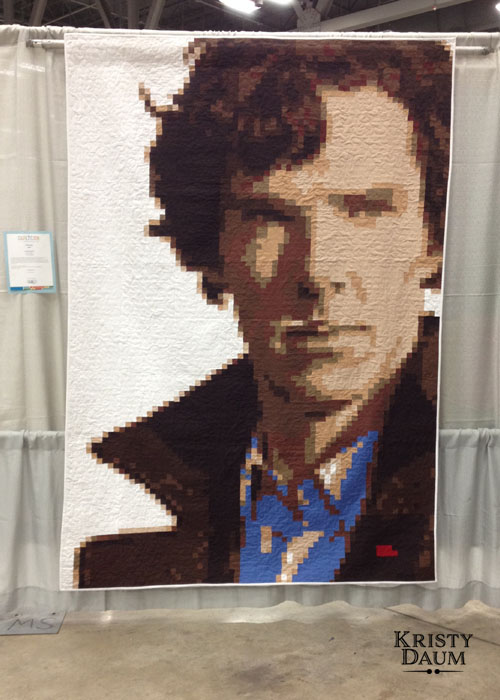 So, how did the Pin Swap go?  Well, I'm not entirely sure how many I ended with as I found several hiding in various pockets or pouches; but at last count I believe it was 75.  I'll be making a mini-quilt so I can display all of them. 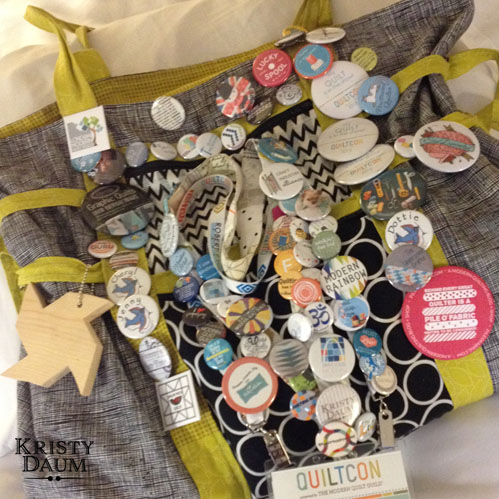 QuiltCon of course is not all about the quilts and the people though.  For those who signed up, there were many opportunities to take a workshop or hear a lecture, of which I participated in both.

My first workshop was Improv piecing with the Quilters of Gee's Bend. It was inspirational to be surrounded by these women who have such stories to tell, and of course when they told me to "add some green" to the piece I was working on, I did as instructed. 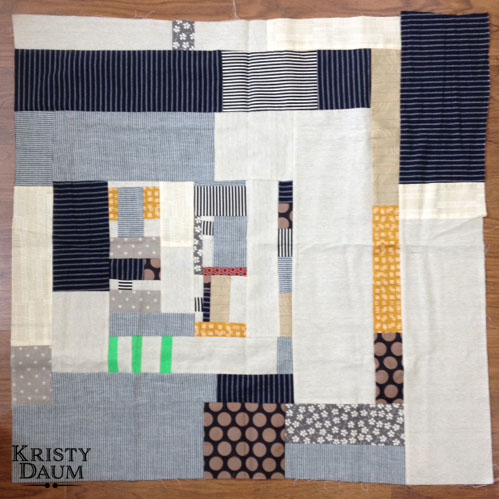 While I have done EPP many many years ago, I lost touch with it, and was looking to be inspired again. So when the opportunity to learn EPP from Katy appeared, I knew that I had to take her workshop, as I have admired her work for quite some time. 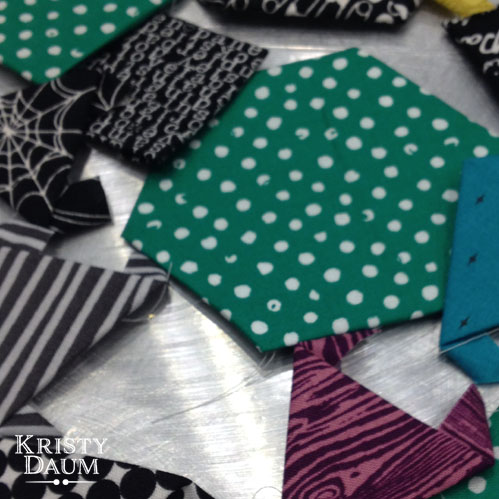 I attended quite a few lectures, from Color Theory to Social Media Marketing and everything in between.  I learned more in some then in others; but all were worthwhile.

Coming back home is always rough...laundry needs to be done, bills need to be paid, oh and there is this crazy thing called Work that gets in the way.

At least we don't have to wait two full years for the next QuiltCon, since it has now moved to every year.  I've already booked Pasadena (2016) and Savannah (2017).