You might remember seeing this quilt in my last post, as it was one of the three that I submitted to the QuiltCon Quilt Show.  I've named it Mountains Managed. 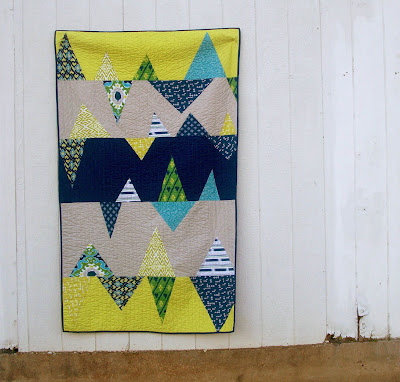 I sort of feel like this quilt was a perfect marriage of inspiration and opportunity.

Some time ago, I had come across the below illustration on Pinterest.  I don't know the original creator; but have linked the image to it's first appearance.  Thanks to MarJay, she found the original creator...check this out.  While the shape was simple in nature, it had an interesting look about it and I pinned it stating "wants to be a quilt". 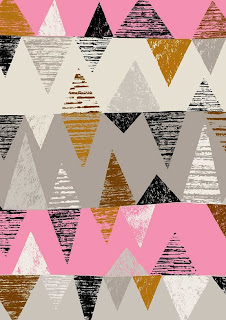 Geometry No7 by Eloise Renouf

Now about the same time, I had heard about the Dear Stella "Maasai Mara" challenge.  The rules were pretty simple, you could only use prints from the "Maasai Mara" collection; but could combine solids from other companies.  I was always a little intrigued by the collection; but didn't have any in my stash, so I hoped over to SewMamaSew! at the time and picked up 3/8 yds of several prints that I liked.

When the fabric arrived, I pulled out my RK Kona Color Card and picked out a handful of solids that matched.  It was trial and error of course; but eventually I settled on Cactus, Marine and Ash. 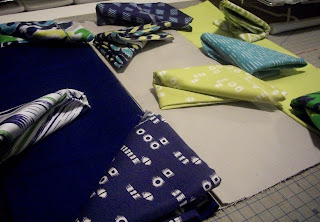 I wouldn't even know how to try and explain how to piece this quilt.  I had no plan and actually it took me 2/3rds of the quilt before I figured out a proper method of piecing.  Yet, I think that is what made it interesting. 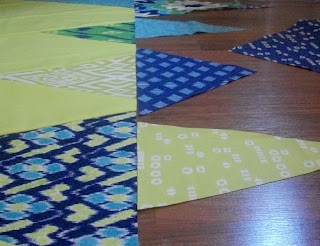 I started by cutting out random triangular shapes and then adding strips of solid to either side.  When it was time to add another triangle, I cut into the neighboring solid as needed.  It worked great for the first strip; but became a challenge when I had triangles going both up and down. 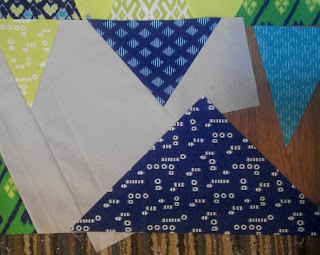 Eventually, I figured something out (trial and error) and the last 2 rows were a breeze to put together.  I decided on vertical quilting, 1" apart as I didn't want to interrupt the bold horizontal blocks of color.
﻿ 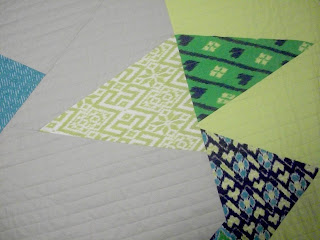 The back was pieced from the leftover fabric, along with scoring 1.5 yds of one print on super sale at Fat Quarter Shop.  I decided to bind the quilt in the same Marine blue; which helped to define the bold blocks of color. 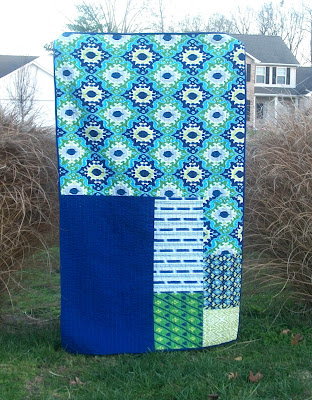 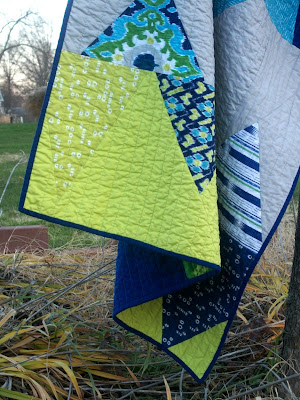