Today was the reveal of our STLMQG Inspiration Challenge that the Swap/Challenge Committee created and announced back in May.  At the time, I had alot on my plate (okay, still do); but I knew that I wanted to participate.

What was unique about this challenge is that we were given 4 different "Inspirations" and we all had to choose from only those four options.

Book: Alice in Wonderland as seen here
Song: Yellow Submarine by The Beatles as seen here

I was tossing back and forth the idea of doing either Alice in Wonderland or the Henri Matisse painting and in the end, the Matisse won out. 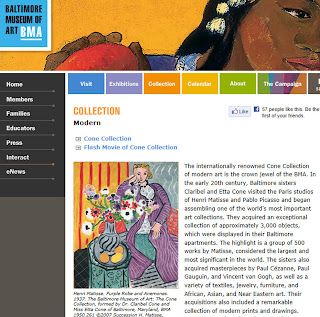 Snapshot of the Baltimore Museum of Art site

I lost track of how long I just starred at the Inspiration trying to figure out what I was going to do.  Yet, when I came across a scrap of what I have since learned is from the Hello Luscious collection by BasicGrey, I went for it. 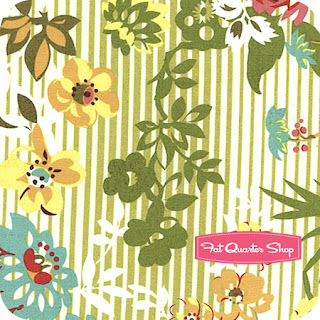 I then pulled a Black, Grey, Purple and Orange to coordinate...all colors that are of course in the painting.

I decided that I wanted to do something sort of rectangular and so I cut widths of my fabric and started piecing them "log-cabin" style ala Elizabeth Hartman's "Sunspot" quilt from The Practical Guide to Patchwork.  Now, of course I didn't cut out all of my pieces up front, I cut and sewed each block at a time.  Alarms should have gone off; but they didn't.  I discovered 3 1/2 blocks in that I only had enough of the light grey fabric for about 6 of the 9 blocks I would need.  Aaaargh!

I spent a few days hitting up some local fabric shops; but I couldn't find more and didn't want to wait for the postal service to deliver, so I did the next best thing and mixed it with something else.

I think it actually turned out better then if I would have continued to use just the one background fabric. 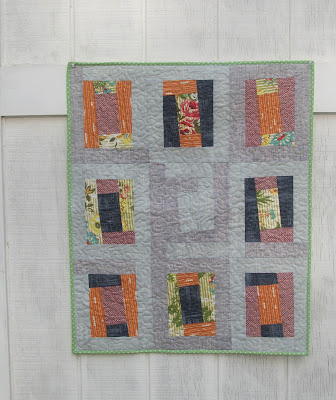 Now, of course once the quilt top was done and sandwiched, I then tried to sort out how I was going to quilt it.  For those that have been reading my blog for a while, you might remember me stating that I only know 2 machine stitches (straight-line and organic-line)...I don't do free-motion.

Yet, they say the best way to learn is to practice.  So I made a few scrap quilt sandwiches and practiced my meandering free-motion stitch.  Once I got in the groove, I ventured over to the quilt; but not before sending a quick "Fingers Crossed" tweet.

I think having the Queen of Machine Quilting, Angela Walters, wishing me Good Luck helped because it wasn't a complete disaster.  I didn't break any needles, didn't sew-over any fingers and the stitches while not exactly precise, weren't crazy long or super small. 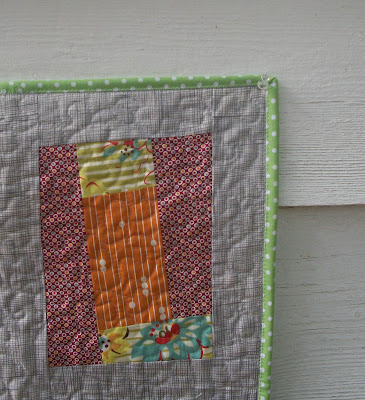 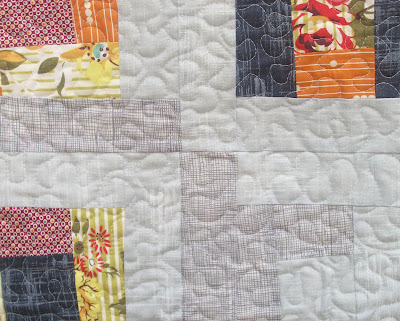 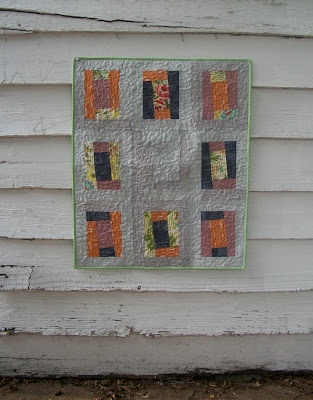 I'm pretty excited with how it turned out and think that it captures at least a little of the Matisse painting.  I am glad that I tried something new too...now, what should I free-motion quilt next????