There are a few members who dislike the quilt that they made and one that is actually giving it away.  Yet, I really like mine for a couple of reasons. 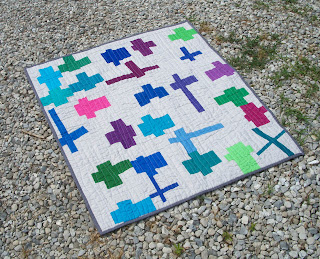 1.   I actually made a quilt without using a block, I had an idea and just found a way to do it.  It gave me some freedom that I honestly thought I didn't have in me. 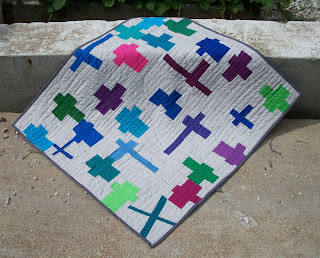 2. I actually tried a few new-to-me things.  The first of which was the semi-wavy, not straight stitching.  It was liberating and I think is easing me into eventually doing free-motion quilting (which I swear up and down I cannot do).  The second new-to-me thing was machine sewing the binding on, not a single hand-stitch in the whole quilt.  I tried this on a failed test a few months back and couldn't get the hang of it, this time I used Red Pepper Quilts technique of "stitching in the ditch" and it looked pretty good.  I'm not 100% sold on this new method vs. the numbing; but loving hand-sewn binding; but it's certainly growing on me. 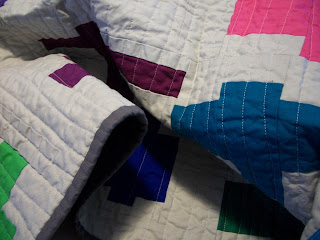 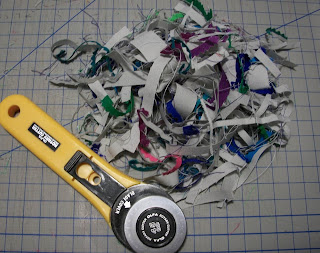 Scraps left over﻿
Saturday's reveal was a little chaotic (my fault); but let me just say that the level of creativity my guild has is fantastic.  Woo-Hoo!!!

And just because another post wouldn't be complete without a cute bunny face, here is Tucker. 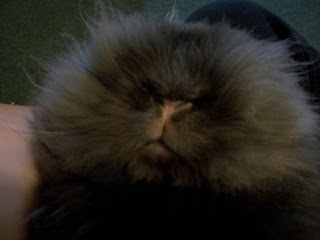 Yes, that is a bunny, and he's "sleeeeppppiiinnnngggg"﻿